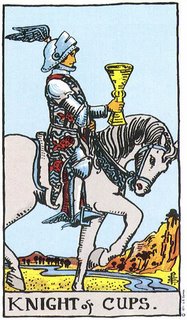 When I was a teenager, there was a time when I was interested in all things magickal. I started spending my meager earnings from my part time jobs on books such as “The Golden Dawn“, “The Crystal Well“, the “Necronomicon“, and Carlos Castaneda books. I joined the Order of the Golden Dawn, and so was (briefly) Rosicrucian, so of course Tarot was also important to me.

I had (still have) a Rider-Waite-Smith Tarot deck, and had picked up a wooden box from a regular dealer at the Houston Flea Market to house my deck. The box was perfect – it exactly fit my cards (wrapped in silk, of course), it was ornate, and it was $5.00 – important for a working teenager’s budget.

In the intermediate time I had discovered physics, learned electronics, calculus, statistics and probability, and had become somewhat knowledgeable about testing claims of the paranormal using verifiable and falsifiable evidence. My analysis of my tarot readings showed results no better than random guessing. I was a budding Skeptic.

I was still in the Air Force at this time, stationed at Fort Irwin NTC, located 40 miles outside of Barstow California. We lived on the Marine Corps Logistics Base in Barstow, and I commuted each day to Fort Irwin.

Since Barstow isn’t very entertaining, my wife and I would often visit Las Vegas. We’d catch a couple of free shows (important on enlisted military pay!) and then head into the casinos for some gawking, and eat at a buffet before I turned my wife loose on the slot machines.

I hate slots, and I dislike gambling; I’m too aware of the odds. (I’ve always figured the Lotto is a tax on those who can’t do math.) So I’d be left without much to do. Sometimes I’d make minor bets at the Keno booth so I could have a comfy place to read and get free drinks while I waited.

But more often I’d wander about the casino, looking for interesting things to see. Some casinos had wonderful art collections, and it was always amusing to see some stunning artwork actually on sale for a quarter million or more, as if the average Joe would just stop by to play nickel slots and, “Oh, by the way, would you wrap up that Al Hirschfeld original for me before I go? Thanks.” And then there was the crap art with megabuck price tags that amused me even more since most modern art ‘connoisseurs’ can’t tell their ‘art’ from a hole in the ground.

The Luxor casino had a wonderful gift shop. (Supposedly at the energy ‘focal point’ of the pyramid – shaped Casino, which makes sense I guess since that’s where all the Pyramid Power believers would visit.) The Luxor gift shop at that time was filled with crystals, copper amulets, “New Age” tools of all sorts, Tarot, and of course fine Tarot wood boxes.

While browsing through the store, I was amused to find an exact copy of MY wood Tarot box! Of course, they wanted $115 for theirs since it was “Hand Carved, Imported from Turkey”. The Houston Flea Market dealer had a stack of these boxes for $5 each.

Since I was holding the box and grinning, a saleslady stepped up to help me out. She was pretty, young, and it was soon apparent that she was a complete believer in all things New Age. The first thing I noticed about her was that she had 3 different crystals that I could see, a necklace with two different crystal pendants, and a bracelet with another.

She introduced herself and asked if I was interested in the box, and I told her only because I had purchased a box just like it years ago.

“But I am interested in your crystal.” I said, pointing at one of her necklace pendants. It was clear quartz with a streak of rose quartz and it was very pretty. “Is that your personal crystal, or are you wearing it as an advertisement for Luxor?”

“Oh no. It’s my own! It helps remove negative energy. I have several crystals that I wear to ‘balance’ myself depending on how I feel that day. Are you interested in crystals?”

Even as a teenager I was never really interested in the ‘powers’ of crystals. It came from my father being a geologist. I knew too much about how quartz formed, and why it looks as it does.

But some types of crystal DO have a type of power, I recalled. I decided I’d find out if she knew.

“Well, yes. I already use crystals a lot. There is a whole group of people who use them.”

“Oh? What do you use them for? Harmony? Love?” She mentioned some other uses which escape me now.

“Well, our group has made a more careful study of crystals. We’ve discovered that if you cut certain crystals in just the right shape, and then you put a copper plate on each side of the crystal, you can use power to make it vibrate in a very powerful way.”

“Vibrate? Why? What does that do? Is it dangerous?”

“Well,” I explained, “It could be dangerous. We’ve discovered a vibrating crystal can be used in several ways, but the most significant is that it will allow people with identically vibrating crystals to ‘know’ each other’s thoughts.”

Her eyes got very wide. “And… how good does it work?”

“It’s extremely accurate at every distance that our group has experimented with. We’ve even been successful with communicating from one side of the world to the other.”

My watch started beeping at me, signaling that it was time for me to meet my wife.

“Wait! What is this group? How can I learn about these crystals?” She paused, “Is… is it secret?” She had fallen for it.

“Oh no, our group is quite willing to take new students – but I warn you, it is very demanding and requires study. Here, I’ll give you the info to look them up. Do you have a pen?”

She handed me her pen, and her business card. On the back, I wrote, “Crystal Oscillator information can be found from the group called, The IEEE.”

She took the card back from me, read it, (without comprehension) and gave me a big smile. “Thank you so much for this. I’m always trying to learn more about crystals. I knew they were powerful, but I had no idea!”

With that, and a friendly wave, I was off to collect my wife and head home. She came out ahead as I recall, enough to pay for the gas and our buffet meal; all in all a productive evening.

I know it was somewhat mean, but I don’t feel guilty for this . I think that perhaps I planted a seed of rationality.

I wonder if she used her telephone to talk with another crystal-loving friend about the way that crystals could allow two people to ‘know’ each other’s thoughts?