My dad loves to hunt. Dad was very strict about gun safety, and as a Scout Leader he was also very big on being prepared. It was hard to catch Dad in a screw up, but I can recall him doing it once while hunting in a, “target rich environment.”

Dad loved to take us hunting on the densely wooded land owned by the paper mill near Crockett Texas because of the plentiful quail, dove, squirrel, and rabbit. He loved using his 20 gauge double-barrel shotgun, but was frustrated because he was unsure if he should load his shotgun with birdshot or varmint shot. He finally hit on the idea of loading squirrel shot in one barrel and birdshot in the other.

The outcome was predictable – Dad stepped into a flock of quail and scared up a squirrel at the same time. He plinked at the squirrel with the birdshot, and blasted a quail into feathered bits with varmint shot.

This is how I feel about conservatives and the GOP right about now.

It isn’t that I don’t have anything to say about Republican House Representative Mark Foley, or that I don’t have a comment about Bill O’Reilly and Fox News (intentionally?) mislabeling Foley as a Democrat. Rush Limbaugh’s attempt to label the Foley scandal as a Democratic conspiracy is hilarious enough to warrant a paragraph or three, as does the conservative homophobic reaction to go after homosexuals instead of pedophiles. And of course I’ve got a firm opinion on what Republican House Speaker Dennis Hastert should do next, and it involves his unemployment.

I’d love to write a blog entry that examines Bush’s reasoning for going after Saddam in Iraq while leaving North Korea’s Kim Jong-Il in power while President / Dictator for life Kim starved millions and developed a successful nuclear weapons program. You have to wonder if oil corporations and oil money had any bearing on Bush’s decision.

I’ve already written several entries about military enlistment and equipment problems; but I’d like to write an article about the problem with military non-fatal casualties in Iraq, both mental and physical, and show that the rate of occurrence of these casualties is increasing again.

And speaking of increasing, I’d surly say something about the National Intelligence Estimate, especially the part showing that Bush’s so called “strategy” in Iraq is increasing the amount of anti-American terrorists in the world, not decreasing them as Bush, Cheney and their sock puppets have been saying.

And what about sock puppets? Specifically the news media. It almost seems like the news media in America has agreed to an unspoken news ‘blackout’ for negative stories about Bush and his policies. You know something is seriously wrong when the most honest news in your country comes from comedians, or from foreign countries. 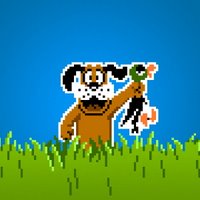 I’m sorry all, it’s a target rich environment, and I’m blasting away with a fully automatic, belt-fed shotgun at the squirrels and birds as they jump up. Sometimes I paste one of those suckers, but mostly I’m ineffective. Unlike others I don’t get paid to blog, and I have to take time to have a life.

It takes a lot of dedicated time and preparation to, (ahem) get your ducks in a row.