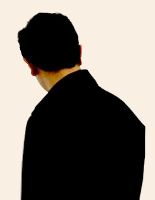 The majority of Fresno County citizens turned their backs on voting yesterday.

According to the US Census, Fresno County has 274 thousand households, and 590 thousand people of voting age.

What happened to the other 258 thousand potential voters?

3/5 of all Fresno County residents are minorities, according to the US Census – are the 258 thousand unregistered voters non-citizens? I don’t believe it for a moment. I might possibly believe 50 thousand non-citizens, but not 250 thousand – the Freepers would be in an uproar. My guess is that the majority just didn’t bother to register to vote.

Perhaps you had a reason for not voting; a car accident, your grandmother died, you were out of town. I call BS. It would mean that about 22 percent of the entire population of Fresno County experienced some problem or disaster severe enough to prevent them from voting. Call out the National Guard!

I’ve had three different people object to me that they did me a favor; they said that their vote would have canceled my vote. First, they are wrong; my Liberal Democratic vote has canceled THREE Conservative votes that I know of so far! Second, I don’t care. It is your duty to vote!

I spent almost eleven years in the military for what? So that 59 percent of registered voters in my county could shirk their civic duty? Look, I’m upset about Fresno County because I live here, but I’ve got to say that if you’re a registered voter anywhere, and you failed to vote then you have demonstrated that you don’t care about our troops or our veterans. You have lost your right to complain about how things are going, so you can practice shutting up now.

Living in America isn’t a free ride – you, yes I mean YOU, owe your country a civic duty. And the least demanding of all civic duties is to vote!

I wonder if we could draft registered non-voters into the military? Or at least sign them up for Jury Duty once a month until the next election.