At the time I didn’t realize it, but my first step toward Atheism came in the form of a Jehovah’s Witness who knocked at the door one hot, sunny day. It was late spring, but hot, well into the high 80’s or low 90’s. He had brought his wife and daughter with him; both dressed in Sunday school dresses. His wife looked tired, and his daughter – who couldn’t have been 8 years old – looked hot and tired. He just looked driven, perhaps even a bit oblivious to the condition of his wife and daughter. I noticed that the knuckles of his hand were scuffed and raw and I remember wondering what drove him to keep knocking.

Usually I would have just said “No thanks” and shut the door, but I was in a mood to talk that day. The condition of his daughter worried me, so I offered them all some water. We sat outside in the shade, drinking ice water and talking for maybe 20 minutes. Re-hydrated, the little girl had perked up and started playing with the neighbor’s cat. After a while I realized I had other things I needed to do that morning, so we said our goodbyes.

That wasn’t the first time I had spoken to someone who evangelized door to door, but on that occasion I asked myself why Jehovah’s Witnesses believed that THEY were right, why this man would be so passionate about his beliefs that he would cause himself and his family pain and discomfort. This led me to study and compare various religious beliefs over the next 3 years, which eventually led to my own Atheism.

My church didn’t officially practice any sort of door to door evangelism, although members were welcome to do so on their own. So I found the subject interesting when my bible study leader invited her friend from a Southern Baptist church to speak with our group about her experiences.

I recall that she had a lot of doors shut in her face. For every person that shared any sort of meaningful conversation there were twenty or thirty firmly shut doors. Out of the people who actually spoke with her about God, only a very few ended up becoming new church members. For this woman, that was enough to keep her going. I recall her saying something like, “If I only bring just one more person to God, then it is worth it!”

This was somewhat in contrast to the beliefs of the church in which I grew up, the Christian Church (Disciples of Christ). We didn’t go in for door to door evangelism much in the DOC; instead we were taught to bring people to God by “living a Christian life”. We were supposed to live a good life that others would wish to emulate. If someone asked, then we could attribute everything to our faith in God and Jesus, and oh-so-gently see if we could get the questioner into a church.

Churches evangelize. Should Atheists do the same? And yes, I realize that “proselytize” is the better word because the definition of “evangelize” doesn’t apply toward Atheists – but the connotation is similar and it’s better understood. And the question remains, should Atheists evangelize – ah, proselytize?

I’ve asked myself this before and came to an unsatisfactory conclusion. I had cause to examine this again the other day, when a friend of mine invited me to hand out fliers on evolution at a church sponsored meeting held on a high school campus. According to my friend the church had scheduled a several day event, and spent the first day teaching anti-evolution using the worst, most easily overturned, anti-evolution arguments. I was reluctant and raised objections based on how I would have reacted to such a tactic when I used to be a firm church member. Ultimately we decided it wouldn’t be productive to try this.

I’m convinced that outright Atheistic evangelism would be worse than useless when applied in this manner, but it was Daniel Dennett who helped me put it into words. Dennett said in “Breaking the Spell” that the strength of an insular, cohesive group comes from the price that members must pay to join or to leave, and one of those prices is insularism – the “Us versus Them” and “Our religion is under attack!” beliefs shared by all Christians to some degree.

Any sort of evangelical Atheism specifically targeted toward a church would be seen as an attack. Christians who perceived it as such would only wrap themselves tighter in their illogical beliefs, vindicated in the price they were paying as a member of their chosen group.

But this does not stop Atheists from evangelizing. It could be argued that Daniel Dennett, Richard Dawkins and Sam Harris are all evangelists for Atheism. More radical people include Normal Bob Smith, Brian Flemming, and Abe, famous for his “Atheventures”.

So is evangelism (ah, proselytism) good for Atheism? Without it, how do we grow?

I once had a conversation with one of my pastors who spoke to me about how to grow a church. His was a small church serving a niche market – his church was for Korean people living on the island of Okinawa Japan, and I was active in that church through my wife.

Pastor Kim told me that there were really only 3 methods of growing a church – a church has the ability to ‘create’ new members through birth to existing members – which is a slow process but reliable as long as existing members are happy. A church has the ability gain new members by evangelizing to the undecided. An undecided person might actually be a non-participating or low-participating member of a rival church, or it could be someone who is seeking a religion, or it could be someone who never really thought about religion before. Last, a church could grow by enticing new members from the existing membership of rival churches.

Of the three methods, poaching members from rival churches was by far the hardest, but it offered the promise of the largest gain. If done right, a lot of people would switch their allegiance in a very short time. Of course the reverse can happen – the pastor’s own church could suffer a sudden drop in membership if the pastor did or said something that would cause members to flee.

Good rewards but hard to achieve versus easy smaller rewards. It is easy to see why most churches take the middle choice and evangelize the undecided. The only problem is that there are so few people in the “undecided” group.

This is where Atheism, Skepticism, Rationalism, Secular Humanism and others are now. We are trying to spread the word and increase the membership of the “Reality Based Community”. That membership can only be increased by internal growth (births) or evangelical growth from the undecided or from rival groups (i.e. the religious).

The Atheistic / Rational community is operating at some disadvantages. First, we lack group cohesiveness because our price of membership is very low. Yes, we do have a little of the same cost of membership that Christian groups claim. Persecution for our beliefs; disapproval, anger and shunning from family and friends. According to people like Sam Harris and Richard Dawkins the cost for leaving the Rational and Atheistic community is the slow decline of our science and technology based civilization.

But those prices are more abstract than the price of joining or leaving a Christian group. It is perfectly acceptable to be a closeted Atheist, and the vague decline of society sometime in the future doesn’t compare to the immediacy of Eternal Damnation that any Christian could stumble into if they accidentally died while in a state of sin. On top of this Christians are expected to pay dues in real money and in volunteerism; ten percent of their wealth or more, and at least a half of a Sunday worth of their time. More insulated Christian groups or those higher on the ladder of devotion pay greater membership dues.

So we end up proselytizing to Christians because it has a huge potential payoff, but we do not do this as well as Christians because we are not as invested in our group as they. Knocking on doors, aggressively handing out flyers, holding signs, and even more extreme tactics give little return and only serve to get Christians to “circle the wagons”.

In my opinion, the best way to bring Christians to rationality and non-belief is not through aggressive means. The best way is by gently planting seeds – questions – that cause Christians to examine their own faith-based belief system honestly. Any Atheist who has come to his 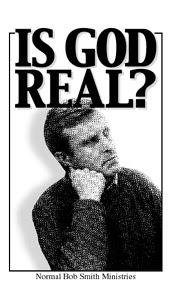 beliefs rationally, through study, is most likely very familiar with these questions.

Instead of aggressively handing out flyers it would be better to present an ‘information’ table with flyers ready to be picked up by passers-by. Instead of knocking on doors I think it would be better to “live an Atheist life”, showing people through your actions that you are a good person who doesn’t believe in God. Instead of picketing I think it is better to write, write letters to the local paper, write in your blog; write on opinion sites – all while being fair, honest, and non-confrontational. Instead of presenting arguments, present questions. The Socratic method of discourse is very powerful, and does not easily lend itself to arguments over who is right or wrong; instead it leads subjects into discovering the weakness of their position for themselves. (It also leads to learning for the non-believer, and new knowledge is a good thing.)

There are other venues where we can try to spread the word, for instance Col. Robert Ingersoll had great success with his frequent speeches. Other rational speakers like Penn Jillette, George Carlin and Sam Harris also have success in speaking to the public. Their success stems, I believe, from the nature of their venue – they always allowed for voluntary participation, requiring listeners to choose to attend, or not. Whoever arrived at such an event, whether they were Christian or undecided, was at least willing to listen.

And we in the Atheist / Rational community must be ready for those who have listened and now have more questions that must be answered. We should answer those questions calmly, even if they are hurled at us like insults. And I realize how hard that is, how easy it would be to retaliate in kind, because it is human nature to lash back. I’ve done so myself, and I will probably – despite my best intentions – do so again. Still I will do my best to remain calm and patient.

To do otherwise wouldn’t be demonstrating a good, Atheist life.