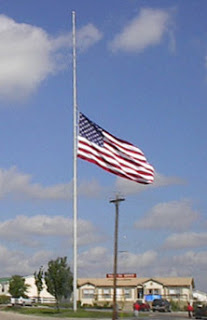 I keep making this mistake. Isaac Asimov, Richard Feynman, Carl Sagan. And now Molly Ivins. How many more times will I do this?

Richard Feynman’s death came as a surprise to me. His books had a huge impact on my life, made me focus on learning and showed me how to feel the joy in science. His words helped me to question my religious beliefs and ply them with logic. I wanted to thank him, but it was too late – he had died.

After Dr. Feynman’s death I made a promise to myself that I would write letters of thanks to those people who influenced my life, those people who I had held up as role models. I’ve been somewhat successful in doing this – even though my voice is very small and not likely to be remembered I’ve thanked quite a few people for their effect on my life. But I keep missing out on some of them.

I’m a latecomer to Ms. Ivins writings – and I feel cheated of her wit. A few months ago I read, “Who Let the Dogs In?” as my first exposure to her writing style. I’ve been hooked on her columns ever since. But I guess I’ll be deleting her from my Google news reader now – which somehow makes it feel so much more… final.

Molly had class – She’s been called “spicy” and worse, but she had real class. She knew the difference between the use and misuse of satire:

There are two kinds of humor. One kind that makes us chuckle about our foibles and our shared humanity — like what Garrison Keillor does. The other kind holds people up to public contempt and ridicule — that’s what I do. Satire is traditionally the weapon of the powerless against the powerful. I only aim at the powerful. When satire is aimed at the powerless, it is not only cruel — it’s vulgar.

Molly used her wit to expose idiocy in powerful people. Compare this with Bill O’Reilly, Rush Limbaugh, Michael Savage, and Michelle Malkin, who have no qualms about using their soapbox to attack the downtrodden and the helpless. Molly had genuine old-fashioned down-south Texas manners and charm that people like Tom Delay only pretend to have.

In her last ever column, Molly still reminds us that we live in a country that is ruled by its citizens. “We the people.”

We are the people who run this country. We are the deciders. And every single day, every single one of us needs to step outside and take some action to help stop this war.

Raise hell. Think of something to make the ridiculous look ridiculous. Make our troops know we’re for them and are trying to get them out of there. Hit the streets to protest Bush’s proposed surge.

We run this country – you and I. Not the suits in Congress, not the President or his cabinet who try to convince you that running the government is “hard work” and therefore should be left to the so-called “professionals”.

Goodbye Molly – I wish I had found you earlier in my life.