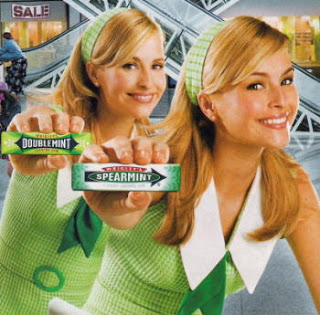 I’m getting so tired of conservative religious black and white thinking. I have friends and strangers both tell me that what I call a system of rational thinking will inevitably lead to horrors. The popular belief is that if anyone gives immorality an inch, it will take a yard. And then they define what is or is not immoral.

Recently a county in Maryland halted a faith-based abstinence only education program that was taught in high schools there. They halted the program because part of the lesson contained the “gum game”, where students were asked to chew the same piece of gum. This was in an attempt to show that students would succumb to peer pressure, even when they were sharing mouth germs in gum. The sharing was strictly voluntary, and I assume that students with bleeding gums were excluded. The germs were no different than those you get while kissing.

One of the parents of a Montgomery County student was overcome by the ‘ick’ factor and complained, resulting in the halting of all abstinence only education from groups who used this game. Of course the religious crowd who believes they have a divine right to tell you and me how to live has bemoaned throwing the baby out with the bathwater – they acknowledge the game is unsanitary and shouldn’t be used, (even though it didn’t bother them for the last 9 years) but say they should still be allowed to teach abstinence.

The gum game analogy doesn’t follow the analogy to other possible, equally valid conclusions. Perhaps an individual could vigorously chew his or her own gum – as Dr. Joycelyn Elders famously suggested. Perhaps we could share gum when it is wrapped inside a protective, disposable plastic envelope. Yes, it won’t taste the same, and won’t be quite as fun, but it is sure better than sharing germs with an unknown person. Besides, I’m sure someone would invent flavored plastic envelopes with intriguing shapes and textures.

Perhaps we should get to know the person we are sharing the gum with, wait a while, learn to ask detailed background questions, talk to their friends and family, until you feel you can trust they haven’t been sharing gum with other people. Perhaps we can start a program of voluntarily and frequently testing the gum for germs.

You can see that I don’t have a very high opinion of this analogy. And my opinion of religious based sex education is also pretty low – it is a sort of oxymoron in the same vein as “jumbo shrimp” or “military intelligence”. Faith-based sex education teaches nothing about sex, instead sex is defined as a boogeyman and students are warned away. Everyone is supposed to grow up to become the mythical Television married couple. Loving, devoted mother and father who sleep in separate beds and never ever mention sex. Kids are supposed to find out about sex the old fashioned way – on the street or behind the shed with the bra section of the JC Penney catalog.

I have no problem telling kids to wait to have sex. A lot of young adults, even high school graduates, are not emotionally mature enough to handle a sexual relationship without the risk of incurring emotional, psychological damage. Some of the most vulnerable young adults don’t realize that they are vulnerable – and they need the strength and the encouragement of being told that it is okay to wait.

But the urge to mate is hormonal, and it is a formidable force for young people. The reality is that many will not be able to wait. The opportunity will present itself. Young people are likely to make poor decisions and to not foresee consequences to their actions. We can lay the foundations to protect young people even in these situations, by giving them the tools to evaluate their partners, by providing ways to protect themselves when they are awash in a tidal wave of hormones.

Carrying a condom isn’t a license to have sex anymore than wearing a seatbelt is a license to crash. You give a young person a helmet; you don’t forbid him to skateboard.

And speaking from experience, under the right conditions sharing gum is not only okay, it’s a lot of fun.