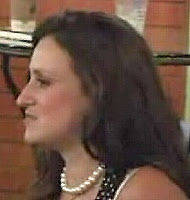 I saw a video on Hemant Mehta’s website (The Friendly Atheist) this morning that made my blood boil. It was a YouTube video made by some young delightful Christians in which they hold a practical joke on one of their own. Namely, they trick a young lady into thinking that The Rapture happened, and that the woman in question was one of the few who weren’t “taken up.”

I found the prank to be not only in poor taste, but to be something truly evil. And it resonated with a Christian “prank” that I was part of long ago, when I was Christian.

During my first year of Christian Church summer camp, during a camp meeting one of the instructors stood up and told us that he wanted our help with some sort of experiment in psychology. I forget the instructor’s name, so I’ll call him “Ted”.

Ted wanted to test a subject’s reaction to praise, indifference and dismissal. Why? I dunno. I don’t recall if he were a psychology major, or just someone who enjoyed practical jokes. Anyway, he got all of us happy campers to buy into pranking 3 different women.

These women were all supposed to give a 3 minute impromptu speech in front of all of us campers about different subjects. Again, it was a long time ago, and I forget the subjects and the names of the women. But I’ll never forget the ‘experiment’ and results.

Ted carefully instructed us to pay close attention to the first speaker, nodding in agreement, clapping at good statements, and applause at the end. We played it up really well, and by the time the first women finished speaking she was beaming in delight, and was sure that she was not only a great speaker with a good subject, but an all around great person too!

The second speaker was a sort of “control”, we were to act normal when she spoke. (Although I question how “normal” anyone will act when instructed to “act normal”.) She didn’t get any applause, but felt she’d got her points across to us.

Since I don’t recall her name I’ll call the third woman Janet (I could look up the names in my old Camp photo album, but I don’t have it handy – which is probably for the best.)

Janet tried, she really did. But before she reached the end of her speech it was just too much for her and she fled from the room. She was an up and coming minister with a strong background as a youth leader and I remember her talking about her training, and about the difficulties a woman has finding a church that allows women’s ministry. And now, a hundred or so happy campers were crushing her dreams.

Ted and a few other counselors ran outside to comfort Janet, and talk to her while another counselor led us in group singing. It was almost 30 minutes later when Janet, with puffy eyes, was brought back in front of us, and we all reassured her that we were merely acting. We “love bombed” her until she was giddy. And we all felt great about it.

I didn’t know enough to feel ashamed of being a part of this prank until after I de-converted from Christianity, years later. If there is a such thing as souls, then I’d consider this to be a “black mark” on mine.

Perhaps part of that shame is why I react so badly to this video, embedded below. The woman pranked is going through real psychological trauma that could very well warp her personality for years to come. This isn’t a “ha ha” prank done in fun, and it certainly isn’t done out of Christian Love for the woman concerned.

No, this prank is using the victim as a “means”. They used her to create their video, and have attempted to demonstrate how cool they are by broadcasting it to the world. Worse, their religion helps to blind them to how shameful this act was. And psychologically, it is a cultish tactic, complete with emotional control and manipulative “love bombing” at the end.

But the video is created by Richard Praytor, a Christian comedian who has his own web site, where he sells a show that he calls, “Prank 3:16“. (Neat take on a Bible reference huh?)

Prank 3:16 was created to provide wholesome programming while teaching Christian principles.
A year in the making, the crew of Prank 3:16 traveled across the U.S. playing pranks on unsuspecting people and even getting a prank played on them by Ryan Dobson.

I have no idea if Praytor has included a disclaimer on this piece. I don’t know if there is anything that says, “It’s not real folks, it’s just entertainment!” Frankly, even if there is a disclaimer I wouldn’t be impressed because it holds up cruel and manipulative behavior as good “Christian” fun.

And if it is real, if this video happened as we see it and the victim really didn’t know, well then my original words still stand.