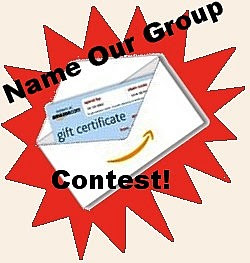 Back in January of 2003 I took over the Fresno Atheist Meetup Group on meetup.com. I had become tired of waiting for the group to actually meet, so I became the organizer and put out an email that there would be a meeting at the local diner, even if it was only me there reading “Atheism” by S.T. Joshi. I was as surprised as anyone that people actually showed up.

Since then, the membership of the group has grown and shrunk several times, but it seems as if we’ve finally started to define our focus and to attract a core group of members. Now we wish to expand our member base and become more active in our community. We’ve made plans.

But we still don’t have a name for our group, so we’re asking for your help. Here is your chance to gain (a modicum) of fame and wealth!

Our group is actually 3 groups on meetup.com. We combine the Fresno Atheists, the Fresno Skeptics, and the Fresno Secular Humanism groups. Our most famous member doesn’t identify himself as an Atheist, but instead as a rational thinker and promoter of science. The consensus of our group is that if you put your beliefs up for discussion, you had better be able to offer sufficient evidence for them!

We agree that the “Atheist” label is only a small part of what defines a person, specifically it defines what a person is not. We define our group more broadly to include Freethought, Skepticism, and the promotion of science, rational inquiry, and human rights. Separation of Church and State is also a core value. Our membership is made up of those who can accept having their beliefs scrutinized. By itself, that is a pretty tall order.

We’ve defined two primary goals for our group to start out – with the agreement that other goals may come later.

First, we want to become a “presence” here. Fresno is located in the center of the San Joaquin Valley, and all through this valley there is no appreciable organization that supports non-believers or skeptics. We want to change that.

Every Halloween the local media gushes about ghosts. They happily quote religion during other holidays. The Fresno mayor (Bubba) has no problem with holding religious events at City Hall. We’re the headquarters for the Freeper community who has no problem with linking patriotism to Christianity.

We would like to be that little voice of reason in our community that speaks up to remind these people that they do not speak for everyone. We want to be in the Rolodex when a reporter looks for “a local skeptic” to quote, even if we’re merely a 30 second sound byte in opposition to a 10 minute news story. That will still raise awareness. We want to use our voice to promote rational inquiry and science.

Second, we wish to grow and become better organized. There is a great opportunity for growth in today’s marketplace of ideas and our group wants to capitalize on that. Our first steps in growth will be to create a real web-presence for ourselves and leverage that with better local advertising.

So now that we have a stated philosophy and a couple of goals, we need a name that embodies these. And this is where you can help, hence the contest to get things started. And every contest needs:

This is your chance to help us out. Frankly, we’re stumped as to what we should call ourselves. It seems like all the “cool” names have been taken. Help us out, and I’ll send you a coupon to get something off of your Amazon wish list.

—–
6Aug 0900 – Update – Thanks Mike for pointing out that I do allow multiple suggestions per entry. So I made a slight revision to rule 8.