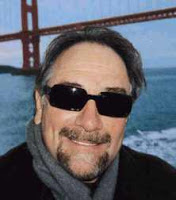 I really don’t like writing about Michael Savage. I think he’s a bloviated jerk, the bastard demented child of Rush Limbaugh and Anne Coulter.

What do you mean they scream and they’re silent? They don’t have a father around to tell them, “Don’t act like a moron. You’ll get nowhere in life. Stop acting like a putz. Straighten up. Act like a man. Don’t sit there crying and screaming, idiot.”

Autism — everybody has an illness. If I behaved like a fool, my father called me a fool. And he said to me, “Don’t behave like a fool.” The worst thing he said — “Don’t behave like a fool. Don’t be anybody’s dummy. Don’t sound like an idiot. Don’t act like a girl. Don’t cry.” That’s what I was raised with. That’s what you should raise your children with. Stop with the sensitivity training. You’re turning your son into a girl, and you’re turning your nation into a nation of losers and beaten men. That’s why we have the politicians we have.

This isn’t sad, this is just evil. Willful, evil, ignorance. I’ll promise my readers something – I’ll never write about this man again – I’ll merely hyperlink to this post. This man doesn’t deserve my words, he deserves to be scraped off the bottom of my shoe like the excrement he is.

His words show that nothing else he says has any bearing with reality or with being human. His words are less than worthless. And talking about him further is demeaning to myself, and to my readers.

Savage claims his critics have intentionally misquoted him and taken his words on autism out of context. So his voice you hear in the recording? That’s apparently a misquote. Huh.