I’ve written about Ray Comfort before.

I don’t mean to keep writing about the man, he really is a pipsqueak amongst the religious, a mere shadow of people like Wildmon, Robertson, and Dobson. Compared to even Harold Camping, Comfort’s ministry is merely second class.

Still, Ray Comfort, and his boy wonder sidekick Kirk, seem to simplify the common Christian arguments to points that are easily grasped by non-theologists. By doing so Comfort offers a service to Atheism in that it is easy to show the weaknesses in these fallacious arguments, and thereby refute them.

Ray Comfort sells a self-study program called “The School of Biblical Evangelism“, as part of his “Way of the Master” evangelism ministry. For a mere $150 you can learn the arguments that Ray Comfort claims will “make an Atheist backslide”. (Here’s a thrifty tip – save over a hundred dollars and buy it from Amazon.) There are 101 lessons in this school, and you can see the list of those lessons here.

I find it amusingly freudian that the lessons on Atheism begins with lesson number 69.

Due to the kindness of Google, I managed to get copies of the 5 lessons regarding Atheism in PDF format. Lessons 69 through 73 of this 101 lesson course all deal with refuting Atheism. Compare this to the lessons on Islam and Buddhism, which get only two chapters each, or to Hinduism, which gets a measily one chapter.

So, since I now have copies of these lessons, let’s take a look at what they say, starting with lesson 69. (I’ll get to the other lessons as I can.) Here’s the very first sentence:

I don’t believe in atheists. This isn’t because I haven’t met anyone who claimed the title, but because such a person cannot exist.

After giving examples that it is impossible to know exactly the weight of all the sand on Hawaii, or how many hairs are on the back of a Tibetan yak, Comfort then goes on to say:

… let’s say that the atheist has an incredible 1 percent of all the knowledge in the universe.Would it be possible, in the 99 percent of the knowledge that he hasn’t yet come across, that there might be ample evidence to prove the existence of God? One who is reasonable will be forced to admit that it is possible. Somewhere, in the vast knowledge that he hasn’t yet discovered, there could be enough proof that God does exist.

Comfort next inverts this and says:

Let’s look at the same thought from another angle. If I were to make an absolute statement such as, “There is no gold in China,” what is necessary for that statement to be proved true? I would need absolute or total knowledge. I must know that there is no gold in any rock, in any river, in the ground, in any store, in any ring, or in any filling in any mouth in China. If there is one speck of gold in China, then my statement is false and I have no basis for it. I need absolute knowledge before I can make an absolute statement.

This is the entirety of lesson 69. This is the logic upon which Comfort basis his assertion that there is no such thing as an Atheist. Oh, he says a couple pages more – explaining the implications of these statements. And of course, in true Ray Comfort style, he insults Atheists by saying things like, “It has been rightly said that the “atheist” can’t find God for the same reason a thief can’t find a policeman.” Insults and digs seem to be a staple of the Comfort ministry.

Let’s simplify what Comfort has said.

To simplify it even further, Comfort is in essence saying – “You can’t prove that God does not exist, therefore you must accept that he DOES exist.“

If I were to rewrite “School of Biblical Evangelism” for Comfort, I bet I could condense it to pamphlet size!

Anyway, it becomes easy to see that Ray Comfort is using an obfuscated version of the “burden of proof” fallacy in order to stake his claim that Atheism is impossible. I’ve written before that the burden of proof is always on the one making the claim – so if Comfort claims that God exists, it is up to him to offer positive evidence for his existence. It is NOT up to the Atheist to offer evidence for the absence of God. 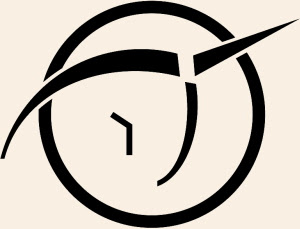 However, if an Atheist wishes, he CAN counter-argue that God does not exist by giving evidence that is at least as equally compelling as Comfort’s argument. That evidence is called the “Invisible Pink Unicorn” (IPU).

Lesson 69 of his curriculum is voided.

Unfortunately, showing that the believer’s ‘burden of proof’ argument is fallacious doesn’t actually phase people of Comfort’s caliber. There is often no attempt to understand the logic and adapt, either due to intellectual dishonesty or a sincere misunderstanding of basic logic. The person who does this will ignore or fail to understand that their point has been nullified.

Here’s an example of this. I’ve been having an interesting back and forth with a person identified as Jenn, in the comments section of the blog Pseudopodia. (I recommend Pseudopodia to my readers – it’s in my blog reader.)

Jenn’s assertions that we can’t disprove the existence of God are handily countered by the Invisible Pink Unicorn. Of course, this doesn’t phase Jenn, who calls it all babbling crap.

The Internet has a word for people like Jenn, we call them “trolls”. They refuse to engage in dialog, and instead happily make baiting, inflammatory remarks. Most people have learned to ignore them – except from time to time it becomes important to counter the harm that they are doing.

Comfort is also a Troll – of exactly this nature. He refuses to engage in any sort of productive dialog. He refuses to learn why his logic is flawed. He is happy to bait others and make inflammatory remarks and unsupported claims. Most of the time it is safe to ignore him – however sometimes it becomes necessary to undo the harm he has done.

And that’s why I keep writing about him.