Skip to content
Michael Crichton died on election day due to cancer. 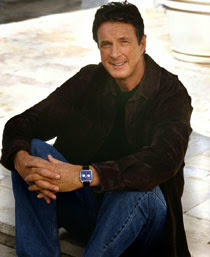 I’ve read (and in some cases own) several of Crichton’s books, including “The Andromeda Strain”, “Congo”, “Sphere”, “Jurassic Park”, “The Lost World”, “Prey”, and “State of Fear”.

Crichton’s books have always been a sort of scientific “morality play” that he used to show what might go wrong when humans fail to keep a watchful, respectful eye on the way we interact with nature. I support this sort of advice. Scientific discoveries and our human impulse to control our environment can be much like Djinn.  Uncorking a Genie from a bottle often results in unexpected consequences.  Failure to watch for potential side effects can be detrimental or even deadly.

It is too bad that Crichton failed to follow that advice in his book “State of Fear”.

Instead of showing Global Warming to be a consequence of humankind’s impact on nature, Crichton completely reversed his normal book writing formula to invent a scenario where all the consequences (storms, floods, arctic ice melting, and tsunamis) are created by a shadowy “eco-terrorist” group for poorly explored motives.

Because of his reversed formula, and because of pages full of supporting charts and graphs, Crichton’s literary style suffered.  The book failed to become fish or fowl – it wanted to be a Science Fiction thriller while keeping the trappings of a non-fiction book that explored global warming from Crichton’s point of view.

Whether or not Crichton’s evidence against global warming is valid is beside the point to me.  What is the point is that he took a hypocritical view that all other interactions between humans and nature should be carefully monitored against unintended consequences, while the possiblility of Global Warming gets a free pass.

I’ll miss Crichton’s writing, for Andromeda Strain and Jurassic Park.  I won’t miss him for “State of Fear”, because it was not up to the quality that he was capable of producing.