Some guys get kooky stalkers on the Internet. I am a cut above the regular style stalker – mine is a PhD J.D. and a (community) college (part time) professor! He’s also a Tampa Bay Florida public defender. 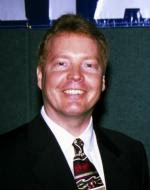 Anyway, Dr. Mr. Ellis Rexwood Curry IV (FBN: 475327) is a radical Libertarian who took a dislike to me over my blog posting for the Pledge of Allegiance. My initial research on him turned up very little, but that seems to be because the servers for his community college and the Florida Bar were down. I later confirmed that he was who he says – which makes him even weirder than I originally thought. I mentioned him a second time, and then forgot about him.

He just wasn’t that interesting or important for me to spend any time on.

Anyway, he’s on Usenet / Google Groups now, and for some reason he’s boasting about besting me on the Internets. In the third person.

I’ve been reading about Dr. Mr. Curry – I originally thought he might be a tenured professor, but according to his community college he’s merely an adjunct instructor. His fellow teachers get ratings from “Rate My Professor”, but no student has bothered to rate him. Maybe he’s forgettable, or maybe he merely has a titular position. Because he teaches via “Distance Learning” – in other words, online. His classes are “Courtroom presentation / Scientific evidence” (in other words, how to look, dress, and act in a courtroom and how to present your evidence.) He also teaches an overview class on civil rights & liability.

Rex has been banned from Wikipedia, laughed at by the Tampa Tribune, writes in the third person, and is a founding member of the Republican Liberty Caucus, an interesting group who (among other things) wants to do away with the Department of Education and close public schools in favor of private schools.

Anyway, as the old joke goes, just because someone is crazy doesn’t mean that they are wrong. So he’s finally got my interest, and I think I’ll take some time to read how he supposedly exposed the terrible socialist conspiracy that is demonstrated by our quasi-Nazi salute of the flag. I actually kind of dread this because his website looks like it was designed by the Time Cube guy. But who knows? Maybe he’ll convince me.

By the way, Dr. Mr. Curry, when you write something as stupidly, provably false as, “A public apology has been posted from the Calludus kook to the historian Dr. Rex Curry“, this is known as libel. It’s a legal term. You might want to look it up.

I’ve been finding this very amusing. I thought you’d be amused too.

heh. I got a whole page dedicated to me on Mr. Curry’s website!

Dude, don’t you proofread your own material? Don’t you edit? Pick up a copy of, “The Elements of Style” and use it! You’re a teacher, act like one!

BTW, saying that you’ve “written volumes on the topic” is meaningless if what you’ve written is merely a cut and paste of yourself, scattered over the Internet like the droppings of an incontinent pigeon. You want to be taken seriously? Publish.

Wow, it is so hard to hide crazy, isn’t it? Rexwood has been making so many crazy noises that Tom Cruse is asking him to “cool it”!

It turns out that Ellis has been feudin’ with his neighbor. Apparently Mr. Curry hates dogs that bark. So what did he do about it? Most people would just call the police and let them handle it. But not Rexie! No way! Instead he investigated his neighbor’s past, and used his position as a lawyer to get the neighbor canned, and attacked by the Florida Bar!

And if THAT wasn’t crazy enough, Mr. Curry took it upon himself to post the findings of his investigation on large posters in his yard, and combined that with obnoxious noises in retaliation for the barking dog – noises like leaving the leafblower running for hours at a time!

But that STILL doesn’t touch the top of Rexwood’s craziness. No – he then shot the neighbor’s dog!

Wow. I would have to say I’m surprised. I didn’t think he could get any kookier than talking about himself in the third person all over the Internet, implying that he holds a doctorate in history, and blaming the Pledge of Allegiance for socialism in America.

But he outdid himself here.

I’m just taking a moment here to recommend the book, “To the Flag: The Unlikely History of the Pledge of Allegiance” written by Richard J. Ellis.

On the website “Pledge of Allegiance Secrets” by Ellis Rexwood Curry IV, Curry says that

The USA’s Pledge of Allegiance (& the military salute) was the origin of Adolf Hitler’s “Nazi” salute under the National Socialist German Workers Party (Nazis).

This turns out to be incorrect. The original pledge salute started with the speakers hand at his side, and during the pledge, when the speaker says “my flag”, the hand is extended PALM UP toward the flag.

This wasn’t done for some sort of Socialist ulterior motive. This was done as a form of theater, a grand gesture to highlight the flag in question. The problem is that the practice was new, and some people screwed it up. Children often got it wrong too.

And the whole thing became moot when Hitler came into power and we changed the flag salute to holding our hand over our hearts.

All of Curry’s “Frightening Photographs” on his page show the various ways that different groups screwed up the original pledge. It wasn’t as if they had a website to check, and it wasn’t as if they actually agreed with each other on how to hold their right hand during the pledge. Some people even held their hands palm down, across their chest.

Rex never explains why this leads us into Socialism or a Police State.

Here is the takeaway. Symbols are what WE make of them when WE use them, right now. The Swastika has been in use by Asia and by American Indians long before the Nazis arrived on the scene. I’ve seen the Nazi swastika engraved in the butt of a Winchester rifle used by Comanche Native Americans in the 1800s. Yes, Nazi-style, NOT reversed. Maybe this particular Comanche got it wrong? Just like a kid who gave a Hitler salute instead of a Bellamy Flag Salute. Who knows?

Mr. Curry has it wrong. The pledge is not leading us into Socialism. It’s merely a symbol. A symbol that has God in it, but a symbol nonetheless.

And Mr. Curry, I’m waiting for you to apologize for your libel about me.

———————
More posts about the Pledge and Ellis Rexwood Curry IV.