Skip to content
Sometimes I need to just tell a story that’s been brewing for a while.  This story has been waiting for 14 years.  I’m not advocating anything really here – except maybe human compassion.

I had lived for 6 years in Okinawa.  Won was with me there for just over 5 years.  While we were in Okinawa I was given the chance to stay even longer, but turned it down for an assignment to the United States.  We both loved Okinawa, and I’d still be living there if things had worked out, but we knew something was seriously wrong with Won’s health, and needed better doctors to help us figure it out. 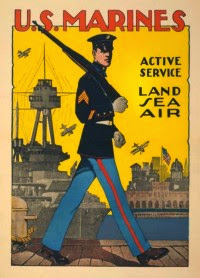 So I asked the Air Force to send me to Sunny Southern California.  Okinawa has a beautiful ocean and I was spoiled.  The Air Force has an assignment preference paper lovingly called a “Dream Sheet”, and I wanted a place with beautiful sandy beaches.  The Air Force responded by sending me to the Ft. Irwin National Training Center, located in the middle of the Mojave desert just outside of Barstow California.  It wasn’t quite Hell, but it does share the same zip code!

After a six months of juggling, we finally managed to get assigned to on-base housing on the Marine Corps Logistics Base on the outskirts of Barstow.  (It’s been torn down, but it used to be right here.)

It was a nice place for base housing.  We had a place for the washer and dryer, a patio for the barbecue, and we were right against the desert so we had plenty of space to that side of the house.  Our water was paid for, so I spent some time making our lawn green and inviting, a place where I could sit under the big oak out front and play with our dog.

It was a duplex.  When we moved in, our duplex neighbor was in the process of moving out.  Within the month we got a new neighbor, a young Marine and his wife and baby daughter.  They had a fluffy white cat who never left their house, but would occasionally appear in a window.

We had said “Hi” a few times, but I’d never really met them.  We lived in different worlds, attached only by a wall between us.

Leena, my Cocker Spaniel, was a very smart dog.  By the time we moved into the Marine base, we had her for about 4-5 months.  By now she would already sit on command, lay down, go looking for Won or for me when asked, roll over, and pee and poop on command.  (Teach your dogs to pee on command!  It’s great!)  She would give us “high five”, shake, and put her head down when asked.  Like I said, smart dog! 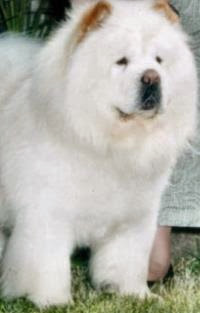 The first time I spoke with the young Marine next door was when I had taken Leena out to do her business one night.  He came walking up next to me with a fluffy white Chow puppy on a leash.  He was obviously eager to show off his dog, and I told him he had a very cute puppy.  (All puppies are cute, in my opinion!)

After Leena did her business on my command, he and I had a brief difference of opinion on how to train dogs.  He was surprised that I never taught Leena to attack, and I was disgusted that he was using a Prong Collar on a puppy!  (I’m disgusted with Prong Collars in general.  If you use one, my respect for you has dropped automatically.  No, I won’t apologize for that.)

The young Marine then boasted to me that his Chow would be the best trained dog ever!  He also let me know that a Cocker Spaniel wasn’t a “real man’s” dog.  Okay, whatever.

That turned out to be our longest conversation.  As an E-5 in the Air Force, I really could care less what an E-2 in the Marine Corps thought about my dog.

But I did get upset with the amount of noise he and his wife generated.  They would often have loud screaming matches with each other, accompanied by crashing noises as things were thrown.  These fights usually ended with the Marine slamming out of his house, jumping into his El Camino, and screetching off to somewhere in a big hurry.  He’d come back after a few hours and things would remain quiet for another week until it was repeated.

From the few words I heard on our side of the duplex, I gathered at least some of the fights were about their pets.  Won confirmed this – she had spoken to the wife while we husbands were out at work.  She told me their dog was destructive.  And the wife was pregnant with their second child.

On a few occasions, our neighbors cranked up the music late at night.  I would put up with it on the weekends, because we were late sleepers.  We also got out of town on the weekends as much as possible.

But loud party music during the week just isn’t nice, and I never allow it.  I’d let it go until 10 pm, then I went next door, banged until I got an answer, and told them to turn it down.  The Marine would agree, the music went away, and we’d get a good night of sleep.  At least, that’s what happened the first 3 times I did it.

The forth time I did this (over a period of about a year and a half) the Marine came to the door drunk.  I told him to turn it down, and he saluted me.  “Yesss Shir! Shir!”  He turned around and shut the door, and I went back inside my house.  On the other side of the wall, the music suddenly went away and we could hear his wife yelling at him.  I don’t know what she said, but He said, very loudly, “F**k him!”  Next the music came back, very loudly.  It had a pounding Bass beat.

What could I do?  I called the Marines.  The Marine MPs.  Loud music was against housing regulations, and the Marine Corps doesn’t like looking like a fool to someone from the Air Force.  The Marines arrived in minutes, politely knocked on our door to let us know they were there, then went next door to speak to the young Marine.

It got quiet very quickly.  It stayed quiet for the next two weeks.  The Marine MPs told me that they had informed our neighbor that quiet time during the week was at 9 pm, and it was 10 pm on Friday and Saturday.  Please call again if there is any trouble.

There was trouble.  Over the next two months our neighbor got drunk and loud again twice more.  Not just with loud music, but with yelling and screaming between the couple.  Both times I called the Marine MPs.  The last time, the MPs told me they had reported everything to the young Marine’s Commanding Officer, and any further outbreaks would result in a reduction of rank, and possibly moving the Marine into the dorms.

It was mostly quiet after that.  Our tour in Barstow was coming to an end, we only had a couple of months left before I started out processing to become a civilian.  But during that time, our neighbor called the MPs on US.  Twice.

The first time, Won and I were sitting on the living room floor.  It was Friday night at 10 pm, and we were folding laundry and getting ready to go to bed.  We planned on getting up early the next morning to drive to Los Angeles and do some shopping.

When the MPs knocked on the door I let them in.  They took in everything at a glance, and knew they’d been had.  They told us that someone had reported, “domestic abuse” on us.  I had commanded Leena to keep away from the warm laundry – but not in a loud voice.  We were guilty of being domestic for sure, but not abuse!

The MPs went next door and had a word or three with my neighbor.

The second time, Won and I were quietly watching a movie, curled up with Leena and a bowl of popcorn between us.  We weren’t using my sound system – just the television.  But the MPs had again been called for, “domestic abuse”.  They spent even less time in my house this time, and spent more time next door, talking to my neighbor.  It was Spring, and our doors were open, so I heard the MPs saying things like “false report”, and “report to your commanding officer”.

Except for the occasional loud argument, it was quiet next door after that.

On our last day in Base Housing, there was one more incident.  But it didn’t involve us.

The movers had come to pack up our house, so I tied Leena up in the shade outside to keep her out from underfoot.  I went back and forth from inside to outside to watch the progression of the movers, and to make sure Leena had enough water.

Suddenly next door there was a loud shriek, and the sound of things crashing to the ground.  The wife next door started yelling, and the husband started yelling back.  I don’t know exactly what happened, but I later guessed that their dog had something to do with it.

The yelling escalated, and I heard her call him “crazy”.  I heard him yell about “that damned cat” too.  I went back in and let Won know the neighbors were fighting again – and she told me how glad she was to get out of there.  Even the movers made remarks about the fight.

I heard the door slam open next door, and looked outside as the Marine carried a long gun case out to the El Camino and toss it in back.  He went stomping back to the house, so I stepped outside to see what was going on.  I went over by the tree near Leena, and away from the house.

My neighbor came stomping out again with his Chow on a leash.  He got the dog into the bed of the El Camino, tied the leash to a tie down, got into the car and drove away quickly.

20 minutes later he came back.  Without the dog.  He brought his gun case back into the house with him.  I could hear clearly through our open doors as he yelled something to the effect, “I hope you’re happy now!”  They shut their door and continued yelling.

To this day, I’m still astonished that someone would kill their pet out of spite.

To the Marine who lived next door to me.  I know better than to lump you together with all Marines, because I have known too many Marines.  Honor among the Corps is the rule, not the exception.  You sir, are just evil.  If you ever recognize yourself here in my blog let me be the first to tell you that you didn’t have what it took to be a man, much less a Marine.  I can only hope the Marines recognized and rectified their error.

Our dog Leena lived to be 13 years old, and was always a brilliantly intelligent girl who followed my commands to the best of her ability.