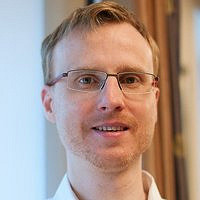 From what I can tell Vasko Kohlmayer is an American naturalized citizen from Russia who writes a column called “Higher Things” on Christian topics in the Washington Times – the paper owned by Unification Church leader Sun Myung Moon.  His byline says he’s writing from Moscow.

From the start, the truth is looking pretty weak here. The Washington Times is known for a euphemism called “Prudenizing”, a dishonest writing practice. Why would a good Christian want to associate themselves with an organization known for dishonesty?

In his first article, “Atheism versus God: How did the universe begin?“, Vasko says the following:

Most of those who don’t believe in God say that the Big Bang was a chance event. In other words, the great explosion that brought the universe into being was a cosmic fluke.

… Because we know very well that explosions do not happen of themselves.

And yet many atheists make precisely this kind of claim. They say that the greatest of all explosions just happened. On this view, the universe just popped into existence spontaneously.

Common sense and experience tell us that the world does not work like this. Things just do not pop into being. Even children know this. If someone would claim spontaneous creation in connection with any other event, we would immediately think he has lost his senses.
But this is not the worst of it. The atheist claim also directly contradicts the most fundamental assumptions and observations of science. This is paradoxical, since most people of atheist persuasion say that they have arrived at their position on the basis of science and reason.

The problem is, however, that in all of its history science has never observed or documented a single uncaused event.

Everything that science has observed so far – whether on this planet or in the universe at large – has been subject to the cause-effect relationship.

There are two bits here that are problematic.  I thought that Vasko was merely ignorant of the facts, and pointed out to him in a comment where he was incorrect:  For example, science knows about many uncaused events.  Anyone who has taken intermediate physics or chemistry knows about virtual particles, brownian motion, and the decay of radioactive material, where events happen without cause all the time.

But his statement about what atheists believe needed serious correcting, so I wrote:

(Quoting Vasko’s article: “Most of those who don’t believe in God say that the Big Bang was a chance event.”)

This statement is incorrect. Some do say it was chance (for example, perhaps it was a quantum event that cascaded into macro space.) But most atheists that I know say, “I don’t know what caused the Big Bang.”

“I don’t know.” That’s an honest answer isn’t it? It does not presume an answer. It invites further scientific inquiry. It asks us to engage, to create hypothesis and to test them. It deals with reality.
“God did it” is inherently a dishonest answer. You don’t know that a deity created the Big Bang. There is no evidence for this – indeed, no evidence for any God or gods.

“God did it” is an answer that actively stifles investigation by assuming an answer. If the answer exists, then who will look for it? A thousand years ago Christians took a dim view of those people who actively investigated where a priest said “God did it.” These people were called “Heretics”. Some were put to death. The modern version of “God did it” is still reprehensible in that it stifles free inquiry.

This is self-evident.  By saying that a god did something unprovable, you are assuming something that you cannot know.  By calling this a “truth”, you are in fact being dishonest.  I had thought that Vasko was merely ignorant of this, and tried to show why it is incorrect.

There are those who claim that to believe in God is not only unscientific, but also absurd.
This is certainly not the case. To the contrary, it is the denial of God’s existence that contradicts both science and common sense.

It is only reasonable and logical to assume that the universe – just like everything else – had to have a cause. Judging by the staggering vastness, complexity and beauty of the universe, the cause that brought it forth must have been immensely powerful, superbly wise and exquisitely imaginative.

Such characteristics are normally associated with an entity we term God.
To believe in God – the transcendent cause of the universe – is thus neither illogical nor absurd. Not to believe in him is both.

Unbelief will remain to be logically and scientifically untenable until it can be demonstrated that it is possible for an uncaused event to occur.

So in the first bit, Vasko makes the assertion that science and common sense support the existence of God, and in the second bit he supports this assertion by reiterating that uncaused events do not happen – which we already know to be a false premise through scientific observation.  Since the article is built on a false premise, the entire article fails in its purpose to prove God.

I hoped he would learn from this.  Instead, he needed to protect himself, and to do so he needed a strawman to attack.

He chose to build that strawman out of my words.

In his next article, “Atheist, there is no such thing“, Vasko said that he argued for a “transcendent cause – God – which brought the universe into being”, and that his “exasperated” “unbelieving readers” “had to plead ignorance when it comes to the universe’s origin.  Yes, we were “exasperated”, because pleading ignorance is honest, while asserting something that you cannot know to be true is inherently dishonest.

And here is what Vasko said about me:

One reader who goes by the name Calladus wrote: “[M]ost atheists that I know say, ‘I don’t know what caused the Big Bang.’ I don’t know. That’s an honest answer, isn’t it?”

The commenter is right: It is honest to admit our ignorance. His admission is also instructive because it contains a revealing inconsistency.

According to the dictionary, an atheist is “one who denies the existence of a deity.” Despite the fact that Calladus claims to be to be such a person, he also confesses he doesn’t know what brought the universe into existence.

But if he does not know that, he must also concede it is at least possible the universe was brought forth by a transcendent cause.

What this means is that Calladus does not know – and cannot know – for sure whether or not God exists.

I cannot believe that he is so muddle-headed to make this mistake.  This is a freshman – level logic mistake.  Did he even try to google his argument to examine it for weakness?  Because I admit to not knowing, I must “concede” that it is possible for God to exist.  Yes, I will do that readily right now.  It is completely possible for a god to exist that brought the universe into existance last week Thursday.  It is completely possible that the universe was created by the Flying Spaghetti Monster, or the Invisible Pink Unicorn.

But no one argues that this is true because these positions lack evidence.  The lack of evidence is not a reason to start asserting that your particular favorite flavor of God exists.  In fact, we can argue these positions without the need for a God.  We could argue that Markovians created the Universe.  Or we could argue that a natural process that we currently don’t know about or understand created the Universe.  If we are wrong about this, we will discover our error during the investigation.  This is how science works.

Vasko also quotes one dictionary definition of atheist.  Why?  I’m not sure, but I have noticed this is a tactic used by many Christians (notably Ray Comfort) in order to “prove” that there is no such thing as an atheist.  The definition given says an atheist is: “a person who denies or disbelieves the existence of a supreme being or beings.”  Let’s break that down a little.

The first part of the definition “someone who denies a supreme being (God)” assumes that a God exists.  This definition assumes facts not in evidence, and is somewhat flawed due to that.  But by using the word “disbelieve” the definition is redeemed somewhat since the verb usage of “disbelieve” is to “have no belief.”

It is true that some atheists beleive that no gods exist.  This is a form of “strong atheism”.  I, on the other hand, merely lack a belief in Gods, because of the overwhelming lack of evidence.  By choosing such an easy definition, Vasko has made me into straw man, that he knocks down by saying, “If he wanted to be precise in his use of terminology, Calladus would call himself an agnostic. This term more accurately captures his “I don’t know” admission.“

There is a responsibility for people who claim to be an authority on a subject.  A person making such a claim must actually be an authority!  By confusing atheism and agnosticism, by taking a lack of evidence as evidence, and by making a straw man out of my words, Vasko has demonstrated that he is in no way familiar with the arguments of atheism.  From this position, anything he writes without first understanding the other side of the argument is intellectually dishonest.

When corrected in his mistakes, instead of acknowledging the correction Vasko “doubled down” and compounded his error.  This shows him to be uninterested – at best – or idiotically stupid at worst.

And by applying a dictionary definition to me, without ever bothering to ask me what I believe, Vasko has actually lied about what I believe.  This is beyond intellectual dishonesty, it shows him to be nothing more than a liar.

But why would a Christian have to lie to make his point?