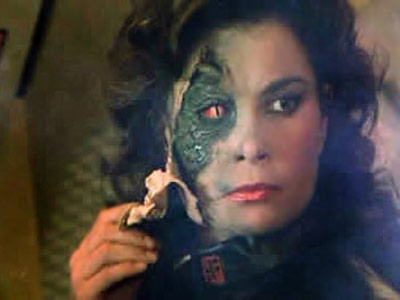 Beliefs are a hypothesis about the world.

Some are well proven – for instance, the belief that elevators work is so well proven that it is taken for granted to be true.  Other beliefs have little or no evidence to back them up. The belief that Lizard People are taking over our world governments has little, if any, credible evidence.

Disrespect toward a belief is not offensive, in fact – it is expected. All beliefs should be continually tested.

Finding a belief to be ridiculous, and making fun of it, is not a sign of disrespect, because beliefs do not have emotions, and cannot be victims of derision.

It is true that people think less of other people who hold uncommonly strange beliefs. Beliefs held by some are so strange that asserting them will make average people doubt the mental health of the one holding that belief.

So yes, I may show some derision toward those people who are asserting that Lizard People are secretly ruling the world.  If they try to act on those beliefs, I may move to counter those actions if I believe them to be harmful.

You do have the right to your feelings. Feel free to be offended that someone like me is deriding you due to something that you believe.

But don’t you DARE try to shut me or anyone else up by using legislation or through some sort of social shaming. Trying to silence a person is more offensive than any belief you or they may hold.  I’m a proponent of free expression, and will get very annoyed at people who tell me to shut up and respect their beliefs.

If you truly want me or anyone else to stop deriding a belief that you hold dear, you can do so by demonstrating that belief is well supported by evidence.