A lot of my posts about Won are me still dealing with her death.  This is a normal part of grief and acceptance.  I’ve remarried, and my wife Wendy is a wonderful person who understands about my memories of Won.

I’ll note now that I’m unsure of the actual timeline.  What I’ve written is the best that I can recall.  I have all of Won’s medical records, and might go through them to create the correct timeline.  But I won’t promise to update these posts with the corrected timeline.

When Won and I were dating, I was impressed with her strength and stamina – she had no problem hiking up some of the scenic mountains in Korea, and she could actually outrun me – over short distances.  She was in track during her high school, but didn’t keep up with it after she went on to college.

She had mentioned that sometimes she needed an occasional shot to treat her blood pressure.  At the time she believed that blood pressure didn’t require maintenance drugs – South Korea during the late ’80s was not renown for high quality medical treatment for everyone, and doctors there rarely prescribed maintenance medicines.  That was often left for traditional Korean medicine.

After we married, I brought Won with me to my assignment in Okinawa.  As part of being a new dependant, the Air Force asked her to go through a health examination.  We put it off for a couple of months as we settled into our new apartment, but finally I took her to the on-base clinic.

She took her blood pressure again.  Then she got a different blood pressure cuff, a manual one – not the automatic machine she’d used before – and did it again.

Then she went and got a doctor.

They measured Won’s blood pressure again.  The doctor brought Won into an exam room and told her she had to lay down NOW! 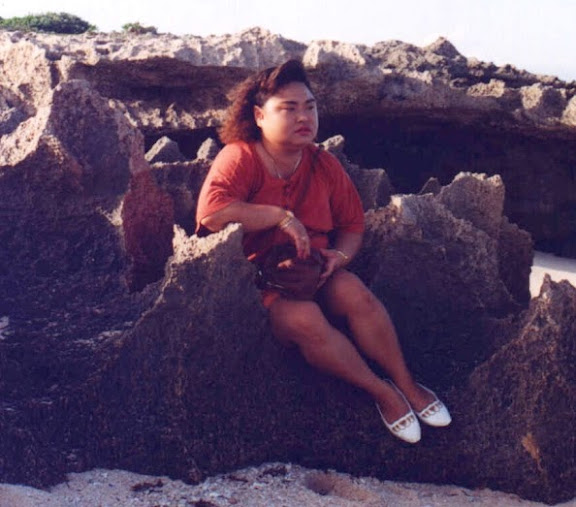 By this point, we were very worried.  Won told me she didn’t feel sick, but the doctors were clearly worried.  Apparently her blood pressure was extremely high.  So high that they told us that they were sure her internal organs were in the process of being damaged.  They gave her some sort of injection right then, and they got us blood pressure medications.

They almost admitted Won into the hospital that night, but our complaints, and the fact that Won was just 26 years old, convinced them otherwise.

The next few weeks were terrible for Won as her body adjusted to its “new normal” in regards to blood pressure.  She slept a lot, and felt pretty ill.

Going to the clinic quickly became a common occurrence for us.  Won was discovered to have Type II diabetes, which was also completely out of control.  She again went through a few weeks of illness as her body discovered another “new normal” in regards to blood sugar.

The doctors found that she had protein in her urine – a sign of partial kidney failure.  But over the next year everything seemed to become stable, and Won enjoyed what seemed to be good health on the beautiful island of Okinawa.

And then one night, she woke gasping for air.  We could both hear the sound of liquid bubbling in her lungs as she breathed.

Over the next year and a half, I took her to the emergency room on several occasions for these symptoms.  It took about 20-30 minutes to get up, drive to the Navy hospital at nearby Camp Lester, and be seen by their ER.  Every single time, by the time we had arrived, Won’s symptoms had disappeared.

The doctors suggested that she see a psychiatrist.  They wanted to prescribe an anti-anxiety medication.

Reluctantly, we decided that the military doctors in Okinawa were not giving her priority as a military dependent.  I decided it would be better if we moved to the States and looked for better doctors.

We moved to South California, and we started searching for better doctors.  But we lucked out at my assignment at Fort Irwin, where the wonderful Dr. Laird, Army Captain and internist, took a look at Won’s chest X-Ray and diagnosed an enlarged heart.

“But she’s only 29,” said the radiologist.  “She CAN’T have an enlarged heart!”  Apparently Won’s age had caused several radiologists to mis-diagnose her heart as “normal”.  Her doctors in the past had taken the radiologist’s word.  But THIS doctor ripped into the radiologist!

This doctor also told us that the Military would not be able to offer Won the help she needed.  She needed a specialist.