So Ronnie got out of prison in September 2013.  What’s he been up to since then? 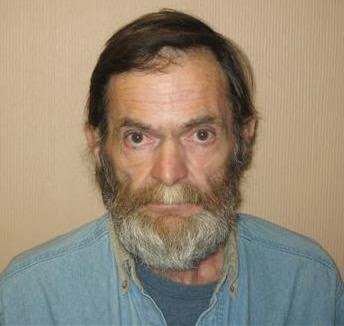 First, he is required to check in with the Texas Department of Public Safety sex offender registry once a quarter for the rest of his life.  They take photos of him and update his other information at this time.

From his latest photo, you can see he is really working on covering up his receding chin with his beard.  His hair looks mussed… which is interesting because he was usually very careful about keeping it neatly combed.

He’s not wearing a military surplus jacket.  Maybe it just wasn’t that cold when this photo was taken.  Or maybe because it is difficult for Ronnie to claim they were issued to him while in the Army… 40 years ago.  He’s 63 years old at this point.

When he was released, the TDPS listed his new address at a religious rescue operation called, “New Birth Outreach Ministries”.  This facility has 24 beds, and supports the homeless, battered men and women, and veterans.  They don’t seem to support families or children, which is a good thing considering that Ronnie is a pedophile.  New Birth has been in business since 2006, and is run by a minister and his wife.

The street address for “New Birth” is still listed as his place of residence.  So I think he is either living there full time, or is partly homeless with his home address at this location.

So now I’m wondering if he has dropped the, “I used to be Army so I’m confident and capable and know everything” shtick he used to snow everyone with.  Perhaps now his new thing is, “poor (almost) homeless veteran”.  I wouldn’t put it past him.

When I knew Ronnie, he was a skilled chameleon.  He could be very charming at the drop of a hat.  He could seem very sincere when he was playing someone.  I can’t see him letting those skills go to waste.  If it meant 3 hots and a cot, I could see Ronnie being very sincere while in Church on Sunday.

The reason why I think he is actually living there full time is that Ronnie was never lazy – he was industrious, and he had that “good ol’ boy” attitude and ability to work hard and be handy with lots of things.  He would make himself useful around the ministry.

You can find him on the Texas Sex Offender Registry.