In my last post, I discussed the problem with gun violence in America.  In this post, I’ll discuss why we own guns, and why we can’t take guns away from Americans. 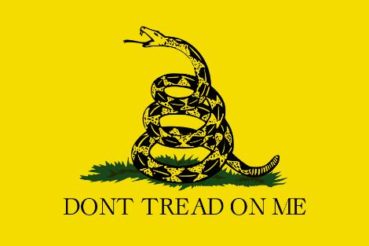 Why do Americans own guns?

The stated reasons usually include personal protection, and to act as a check against military overreach by the United States Federal government.

I believe that these reasons are merely a fantasy.

First, owning a gun does not make you safer. Gun owners are more likely to act impulsively, and aggravate or escalate arguments. Populations with higher gun ownership are directly linked to higher gun murder rates. Studies have shown that for every time a gun in a household was used for self-defense, there were seven criminal assaults or homicides using guns.

There is also a popular American fantasy that violence in America is increasing, and that we should prepare against it. The opposite is true. There has been a steady decrease of violent crimes in America since the mid 1980’s. Statistically, you are less likely to be the victim of a violent crime now, than 10 years ago, or 20, or 30.

Second, there is a myth that an armed population prevents tyranny.  There is no justification for this.  There is instead evidence that a militia will more likely support or even create a tyrannical government.

The Second Amendment to the United States Constitution states:

A well regulated militia being necessary to the security of a free state, the right of the people to keep and bear arms shall not be infringed.

Why should it be “well regulated”?  There were about 100,000 troops in the Continental Army during the Revolutionary War.  There were about twice that many serving in various militias.  Militias were used to defend the home front, to act as a police force, and they did some enemy surveillance.  When a militia company was summoned to active duty on the front lines, they were usually active for less than 90 days.

There is a world of difference between armed civilians, common militia, and Minutemen, or “well regulated militia”.  The difference can be seen in how armed citizens and poorly regulated militia threw down their weapons and fled in the 1776 battles of Long Island, and at Camden, South Carolina, versus their successes at Lexington and Concord.  The Revolutionary War has many examples of militia failures, and the few examples of militia successes are attributed to state-organized militias.

The modern National Guard is based upon the idea of a “well regulated militia”.

Nationalism and fascism go together hand in glove.  The very patriotic idea that there is a superior form of national identity that should unify all of a nation’s citizens is very attractive and dangerous.

When private militias form, or armed citizens gather, they most often do so out of nationalism and fascism.  This can be shown in the “Bleeding Kansas” border wars in the mid-1800’s between the pro-slavery “Border Ruffian” militia and the anti-slavery “Jayhawk” militia.

This can be seen in the foundation of the Ku Klux Klan, who used armed citizens and KKK militia in campaigns of violence, murder, and political intimidation.  Other examples of unregulated militias in America include the Black Panthers and Neo-Nazis.

Armed citizens and militias have lead to tyranny in other countries.  Vietnam, Somalia, and Southern Lebanon are examples of this.  Militias and armed civilians most often gather to form tribes, to support warlords, and to engage in civil war.  Weak democracies are more often ripped apart by armed private citizens, than they are supported by them

Third, there exists a very popular “Red Dawn narrative”.  That a strong government with a strong military can be overthrown by armed citizens and private militias.

This is completely false.

Let’s look at the case of Iraq, before the American invasion.  Gun ownership by individuals was (and still is) one of the highest in the world, with up to 40 guns owned per 100 people.  (In contrast, Americans own up to 95 guns per hundred people).  Iraqis had a gun culture that “closely resembled the United States”, and yet gun ownership did not prevent Saddam Hussein from committing atrocities on his own people.

Another example of an authoritarian dictatorship that oppresses its own well-armed population is Saudi Arabia.  Dissent in Saudi Arabia is routinely crushed.  Dissenters are beheaded.  There are no guarantees of human rights in Saudi Arabia.

A well-disciplined military armed with modern weapons is completely immune to militias and privately armed citizens.  In the case of America, a single 19-year-old drone pilot sitting at Nellis Air Force base can put an end to a full militia with the push of a button.

You have a closet full of AK-47’s? Excuse me while I laugh at you.

A dictator backed by a well-regulated modern army is proof against armed civilians.  Muammaar al-Qaddafi of Libya is a good example.  His citizens could not kick him out without outside help from NATO.

In neither war were American troops ever in danger of being “forced” out of the conflict by local militias or armed civilians.

The Afghan resistance movement, under the command of many regional warlords who were supplied and assisted by the United States, Pakistan, Saudi Arabia, the United Kingdom, Egypt and others were able to mount a guerrilla war against the occupying Soviets.  However the Soviet withdrawal from Afghanistan was due to the leadership of, and radical reforms initiated by, Mikhail Gorbachev.   Gorbachev withdrew Soviet forces from Afghanistan to assist in easing cold-war tensions, not due to an armed population, even one supported by other countries.

We should have guns in America for two reasons.

The second reason we should have guns in America is because this is what America wants. Sure, this is a “Tyranny of the Majority” situation. But that sort of tyranny is checked only when it infringes on the rights of others. Merely owning a gun does not infringe on the rights of others, and so this tyranny does not apply. Therefore, the will of the majority in our society should apply.

To put it more simply, I like my guns, and I won’t give them up unless I’m forced to do so. I would resist any such attempt. And I think that over 40 million other American households would do the same thing. Vigorously.

These are two HUGE reasons why Americans should own guns. Americans like their guns, and taking guns away from Americans would be a big problem, legally and practically.

There is still unresolved the fact that gun violence in America is a serious problem that needs to be dealt with.

I’ll discuss a possible solution in my next post.