I find accents fascinating. This was reminded to me today because of Diego Luna’s emotional response to an admiring fan of his portrayal of Captain Cassian Andor. It made me think of just how many different accents I’m exposed to.

My late wife Won was Korean, and when we married she still lacked some English vocabulary so we often spoke in our own pidgin language over the first two years. Then we forced ourselves to quit that and speak either English or Korean. (Spoiler, I am not great with Korean.) She never lost her Korean accent, and still lapsed into Korean grammar at times – even after receiving her degree here at Fresno State.

Because of my experiences in Korea and Japan, I find I have no trouble hearing the meaning when speakers have a heavy East Asian accent. Not only do I easily extract the meaning, but I can often identify which language is generating the accent, thereby identifying the difference between Japan, Korea, China, and Thailand. I still get Laos and Vietnam confused.

I seem to do okay with Mexican / Spanish accents, probably due to experience. Most Latin-based language accents are pleasant to me. I often can’t distinguish the originating country.

Accents from Slavic languages can be a little challenging for me. But I’ve had a lot of experience with those too and can usually figure it out without asking for the speaker to repeat themselves. 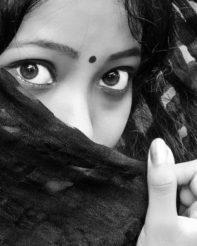 I have the most difficulty with Hindi accents and probably accents from all the Indo-Aryan languages. I most often ask speakers with these accents to repeat themselves before it makes sense to me, even when they are speaking perfectly correct English. It takes a couple of hours of hearing someone speak in this accent before I slow down on my requests for them to repeat themselves. My familiarity with one speaker often doesn’t translate to another speaker.

My inability to easily hear meaning from someone with an Indian accent saddens me. I have lots of friends with that background. Apparently, I am not spending enough time with them in person to correct my deficiency. But we tend to be scattered around the world.

And let’s be clear. My failing at hearing meaning due to accent is indeed MY failing, not that of the speaker who speaking to me in their second (or third, or fourth!) language.

One of my coworkers used to apologize to me for speaking English poorly. English was his third language. I can’t speak a second language. (I can make myself understood in Korean… that isn’t the same as speaking it as a language!) I only speak one language, so every time he apologized I felt I should be apologizing to HIM, for being so provincial, so limited.

My late wife and several coworkers have all asked me to correct their grammar and assist with improving their accents. I did this as best I could, and was happy to be given such trust.

It drives me crazy when I hear an unintelligent American jibe, “Speak English!” to an accomplished linguist. Especially when the speaker IS speaking English, however heavily accented, and especially when the American in question is obviously in poor command of their single language. Attacking a person in this manner only proves to make the attacker seem small and mean. It does nothing to demonstrate America’s greatness.

We should have more accents in our entertainment. More, and more diverse. It should become so commonplace that we all become familiar. It would encourage more Americans to learn a second language, to become more worldly and less insular.

And we should always shout down those idiots who yell, “Speak English!” to someone who actually IS speaking English, no matter the accent.