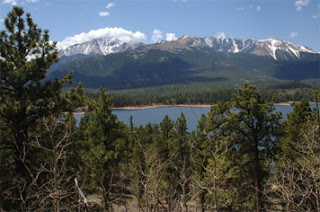 Lots of things happening soon that are of interest to skeptics and non-believers of all types.

First, from our friends at the Center for Inquiry is the “Does God Exist” seminar being held in Colorado Springs. (I’d make a joke about this being a “Hotbed of Christianity”, but that makes me think of Ted Haggard.)

Colorado Springs hosts the headquarters of more Religious Right organizations than any other city in America, large or small. Where better to convene a seminar on the biggest of all questions: Does God Exist? Your guides to the debate will include R. Joseph Hoffmann, director of the Committee for the Scientific Examination of Religion and chair of The Jesus Project, a new inquiry into whether the historical Jesus existed; Eddie Tabash, the quick-witted attorney-activist who has debated God’s existence against the foremost debaters of the Christian world; Tom Flynn, editor of the new standard reference work on unbelief; and others. Not to be missed!

THE VENUE
Nestled amid the soaring mountain scapes of Colorado Springs with majestic Pike’s Peak a constant companion, the Colorado Springs Marriott features 309 luxuriously appointed rooms, premium amenities, and freshly-renovated state of the art conference facilities. Guest rooms available at special conference rate of $129 per night; call (719)260-1800 and mention “Center for Inquiry” to obtain this special rate. (You can also sign up through their registration form)

Next up, if you haven’t read Dan Gardner’s May 5th piece in The Ottawa Citizen, then how can you call yourself a non-believer? Here’s a good excerpt from the article:

…
Less Olympian thinkers have portrayed strident atheists as hacking away at the bonds of morality, which must inevitably lead to various forms of depravity ranging from the sexual to the genocidal.

Don’t you know Stalin was an atheist? That’s the way it goes. First you read Richard Dawkins. Then you have an abortion. Then you’re putting a fresh coat of paint on the Gulag.
…

When the Pope says that a few words and some hand-waving causes a cracker to transform into the flesh of a 2,000-year-old man, Dawkins and his fellow travellers say, well, prove it. It should be simple. Swab the Host and do a DNA analysis. If you don’t, we will give your claim no more respect than we give to those who say they see the future in crystal balls or bend spoons with their minds or become werewolves at each full moon.

And for this, it is Dawkins, not the Pope, who is labeled the unreasonable fanatic on par with faith-saturated madmen who sacrifice children to an invisible spirit.

Heh. In the last day I’ve received a couple of new emails, and have seen a link or two from those “Less than Olympian” thinkers.

Lastly the Council for Secular Humanism is plugging “A Brief History of Disbelief”.

Jonathan Miller, author, director, and commentator, recalls the origin of his own lack of belief and uncovers the hidden story of atheism in A Brief History of Disbelief. This highly acclaimed BBC series of three one-hour programs is available now for the first time on public television in the United States.

A Brief History of Disbelief is not being aired exclusively on all PBS stations. Your local public television station may be airing the show on different dates through May and June. To find out when the show is airing in your area, please consult local listings.

If the show isn’t scheduled locally in your area, you should talk to your public television station and ask to see the show. I’ll embed the trailer for the show here: